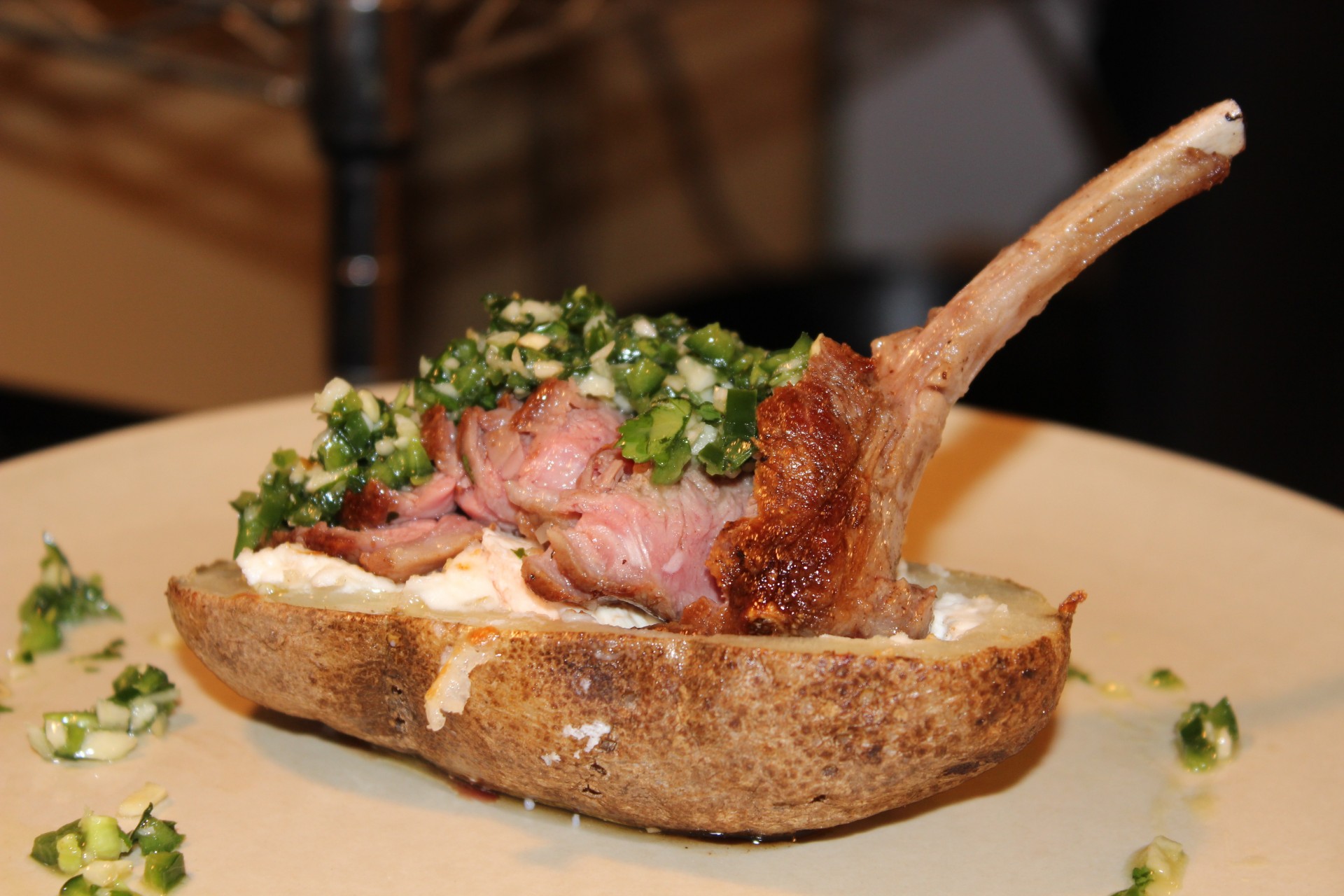 Hearts pumping, people on the edge of their seat…it’s the NFL playoffs! Time for parties and gambling. Max and I wanted to set the party season off right.  We made the ever so delicious potato skins! These babies were packed with flavor and are pretty much as easy as… mozzarella sticks. There are literally 3 steps and that’s it. The best part is you can make these and freeze them ahead of time. Pull them out as needed.

I wanted to show people the fancy chef style potato skin. I made seared lamb with farmers cheese and chimichurri. These things keep you begging for more and we were. In fact Max and I were so excited to eat them. We had to pause halfway, because we realized. We were going to eat them all, before we took pictures! Full disclosure…We are always hungry & Max wants to eat every time he comes over.

Plating these bad boys are as easy as you want or as hard. The lamb is for the daring, where the traditional is for the winner in all of us. First take your potato skin and fill them with the cheddar cheese. Fill the other one with farmers cheese. Put the thinly chopped bacon on top of the cheddar cheese. Put under the broiler or in an oven at 450 degrees, if you don’t have a broiler.

Cook them for about 3 mins or until the bacon is crispy. The cheeses will melt, then top the potato skin with the lamb. Lightly drape the lamb in a domino falling down. Finish with a scoop of chimichurri. For the traditional one topping with a dollop of sour cream and sprinkle some chives over. Give it the stunning look it deserves before heading out into the party. From heavenly eating, keep cooking.

Don’t be afraid. Put whatever you’re feeling like to the test. Cover it in cheese or your favorite sauce. Impress yourself & your friends. Feel free to email us Max@heavenlyeating.com or frank@heavenlyeating.com.