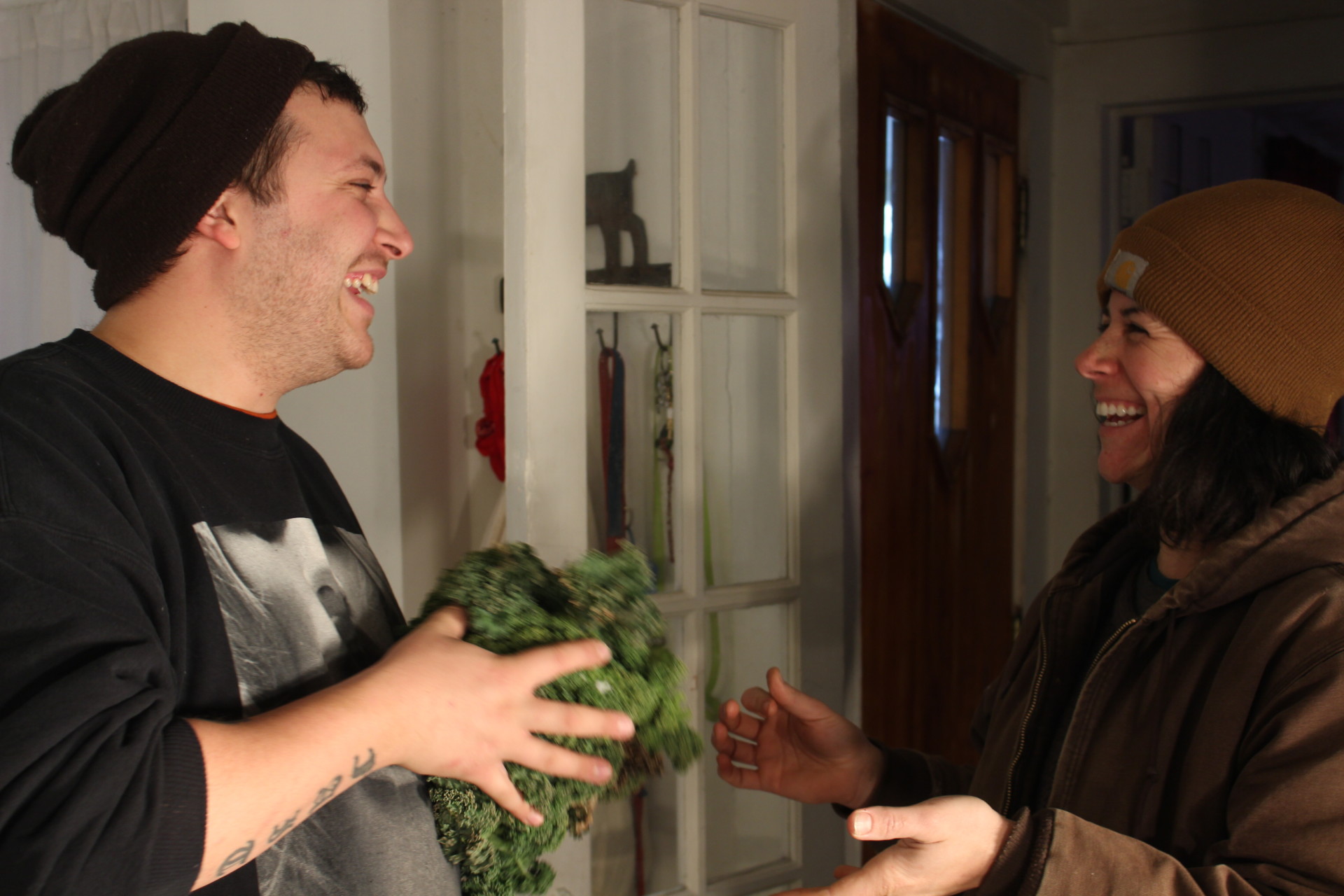 Kara & Aaron run PlowBreak Farm in Mecklenburg, NY about 15 minutes outside of Ithaca.Two very energetic farmers that really love what they do. Kara & Aaron met locally at Ithaca College, studying Journalism but by the time they graduated in 2008. Magazines & newspapers around the country were closing and the economic situation in this country was bad.  With little options Kara & Aaron got into farming, something they both had done in their youth. Working on a CSA like Aaron did or home gardening like Kara did. Starting off in Hawaii as farm hands and then slowly worked their way around the country.

One day they woke up and realizing that they did not want to have a desk job. Instead, move to Ithaca and start a CSA. Must be something in the water that brings people back. With Aaron & Kara I think it maybe something in the soil. Aaron loves eating his own produce out of the field and eating all the delicious vegetables. Kara loves packing the produce for the families of their CSA & does everything with Aaron (I got the feeling she was being humble in describing everything she does). The name PlowBreak came from the first year they started a CSA, when they hired three different farmers to plow the fields and all three farmers had their plows break.

It is really exciting to talk with such passionate people about what they do. Kara & Aaron had dirt under their nails and fresh produce with them when they arrived. Even in the middle of the winter the farm doesn’t stop running.  As the average age of farmers in this country continue to rise. Kara & Aaron are the next generation of farmers.